What is anti-money laundering? A guide to getting started

A strong AML program is necessary for any bank and financial institution. Learn why AML matters and how organizations can prevent money laundering. 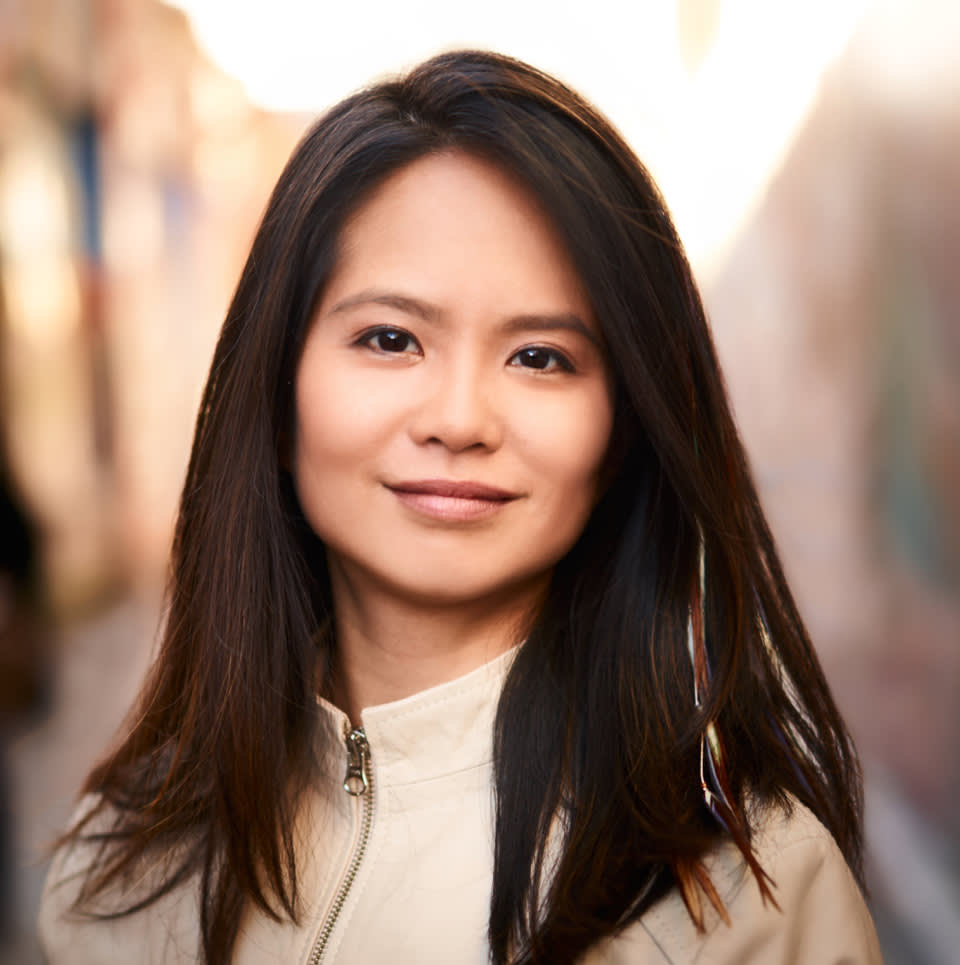 Jennifer is a writer at Plaid, covering lending and payroll. She believes in the potential of new financial services to enable greater financial access.

Having and implementing a strong AML program is critical for the financial security of banks and other financial institutions (such as credit unions, investment companies, and certain other financial services companies). More broadly, AML obligations are necessary to help countries around the world maintain economic security and protect against potential terrorism. However, navigating AML requirements can be challenging. In this article, we’ll cover basic AML requirements in the U.S. and how financial institutions can prevent money laundering.

What is anti-money laundering?

Anti-money laundering (AML) is a system of policies, laws, and regulations for preventing, detecting, and reporting money-laundering activities and terrorism financing. To comply with  AML obligations, financial institutions must monitor their customers' transactions and report suspicious financial activities.

In theory, AML applies only to a limited number of transactions and criminal behaviors. But, in practice, it impacts nearly every aspect of a financial institution’s relationships with its customers. It’s the institution’s responsibility to detect and prevent illicit transactions, which can lead to many requirements for customers to follow.

What is the history of anti-money laundering?

Anti-money laundering first rose to prominence in 1989 when countries and organizations around the world formed the Financial Action Task Force (FATF) to combat money laundering. In response to the 9/11 terrorist attacks, FATF expanded its mission to include preventing terrorist financing.

The term “laundering” alludes to the Mafia’s 1920s practice of moving money through laundromats, which served as fronts for their criminal businesses. It also references the process of making “dirty” money “clean.”

The International Monetary Fund (IMF) is another important organization in the fight against money laundering. Formed in July 1944, the IMF was created to reconstruct the international monetary system after World War II. Today, the IMF works to foster global monetary cooperation, financial stability, international trade, high employment, and sustainable economic growth, and reduce poverty. It also helps ensure that its 190 member countries comply with international standards to fight terrorism financing.

What are the three stages of money laundering?

The three stages of money laundering consist of:

During the placement stage, money launderers use a variety of techniques and venues to hide their funds, such as:

The layering stage is complex, as money launderers utilize bookkeeping tricks to obscure the audit trail. This can involve:

In the integration stage, money launderers must extract their funds without triggering attention from law enforcement or tax authorities. They can do this with: 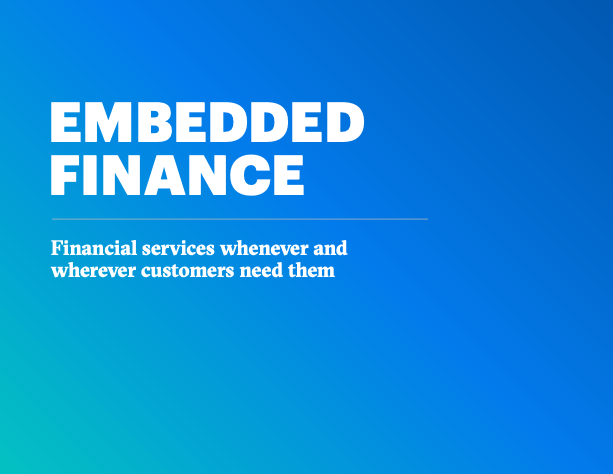 How is money laundering detected?

To detect money laundering, U.S. financial institutions must follow Know Your Customer and Customer Due Diligence procedures. They must verify the identity of customers and the beneficial owners of companies opening accounts, and engage in ongoing monitoring based on client risk profiles.

Know Your Customer (KYC) regulations are a standard set of procedures that help financial institutions verify the identities of their clients and assess and monitor customer risk for the purposes of opening and maintaining an account. Under the KYC obligations, clients must provide credentials (e.g., identification documents, like a driver’s license or passport) that prove their identity and address.

Customer Due Diligence (CDD) is often one component  of a financial institution’s KYC procedures and focuses on assessing the risk level of a potential client. Under the CDD requirements, in addition to verifying the identity of the client and/or the beneficial owners of a company, financial institutions engage in ongoing monitoring of transactions a customer makes  in order to detect anomalous or suspicious behavior.

AML holding periods can require that deposits stay in an account for a minimum number of days. This tactic slows down potential money laundering and builds in more time for risk assessment.

Why is AML necessary?

According to the International Monetary Fund (IMF), the money laundering rate is between 2-5% of the world's GDP. Money laundering enables criminals to reap the benefits of crimes such as corruption, tax evasion, theft, drug trafficking, and migrant smuggling. These crimes can diminish the economic resources available to countries and threaten their economic stability.

AML regulations were introduced in 1989 to combat money laundering. After the 9/11 terrorist attacks, AML regulations were updated to include measures that seek to prevent financial terrorism. The techniques used to launder money are essentially the same as those used to obscure terrorist financing.

What are the five key elements of an AML program?

The five pillars of an AML program are:

Policies, procedures, and related controls. Financial institutions must develop written AML policies and procedures that govern their actions. These policies must be appropriate for the risk profile of the financial institution. Firms can visit the FinCEN website for templates for CDD and other BSA forms. Broker-dealers and small financial firms can visit FINRA to find templates for setting up their AML programs. The templates include text examples, instructions, relevant rules, and websites and other resources.

Employee training. Employees must be provided with current, tailored, relevant, and ongoing training. Training should be documented, and the amount and frequency of training should be appropriate to the employee’s role and the institution’s risk profile.

Independent review. Independent testing of the compliance program must be conducted by someone with knowledge of the BSA. This testing can be done by a third party. It cannot be done by the institution’s AML compliance officer or anyone with direct responsibility for compliance.

What are red flags in AML?

AML red flags are indicators of suspicious transactions. Potential red flags could include:

It’s important to note that lists of red flags are not exhaustive and do not guarantee compliance with AML programs. These red flags aren’t always indicative of suspicious activity, and may not apply to every financial institution, customer relationship, or business activity. Financial institutions must follow a risk-based approach to AML, and take the appropriate mitigation measures in accordance with the level of risk.

What should the AML checklist include?

A compliance checklist can support and inform a financial institution’s AML program. The policy should be recorded and accessible to the organization’s senior management, board, staff, and regulations. A trained individual must be appointed to ensure that the program is followed. The financial institution’s employees should also be trained in the jurisdiction’s AML legal requirements.

Why is AML compliance important for financial institutions?

AML compliance is critical for financial institutions to maintain their financial security. It’s also important because:

However, failure to comply can also result in steep fines. According to the Wall Street Journal, regulators have imposed about $32 billion in AML-related fines globally since 2009. In 2012, HSBC was fined a record $2 billion for allegedly abetting criminal activity by failing to prevent money laundering.

What can financial institutions do to have an appropriate AML program?

Financial institutions can implement an appropriate AML program by:

Besides implementing and conducting strong AML compliance programs, financial institutions can use technology, such as AI, for ongoing monitoring. This can help institutions expand their monitoring capacity while allowing their compliance teams to address the accounts that need attention.

Finally, standardizing systems is a critical need for financial institutions dealing with a network of legacy computer systems. By moving into a fully digital environment, institutions can more easily standardize AML practices across the organization.

AML procedures exist to ensure that financial institutions and banks fight money laundering and terrorism financing. AML regulations continue to change globally, and the onus is on financial institutions to keep up with and update their AML programs. By stopping criminals from obscuring the origins and locations of their illegal transactions, banks can help promote the broader safety and economic security for the world.

Account numbers: What they mean and how to find them